Apps For The Netherlands: Gold, Silver and Bronze 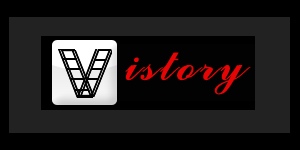 The national app contest ‘Apps for the Netherlands’ has been determined with the winners announced at a conference last Thursday in Utrecht. Originality, user-friendliness, societal and economical value as well as relevance for entrepreneurs, civilians and local governments were factors of key importance to the jurors.

And the Gold goes to…

The app that went home with the gold was ‘Vistory‘, built and designed by a collective better  known as ‘Glimworm‘.  Jonathan Carter, Paul Manwaring and Jeroen van der Linde (Martin  Elshout and Deniz Tezcan complete the Vistory team)  were  present to accept the price, which was handed to them by Maxime Verhagen.  The Vistory app,  as the name reveals, combines history and video by using a smart phone’s geo-location technology on a certain spot. Consequently, a person can find out what historical films were made including that very spot, place an old frame over the new one by using a transparent overlay and tag oneself in it. As such, Dutch history is brought back to live in a modern, creative way. Moreover, it is an interactive app as the creators of Vistory encourage their users to add more images to their database. Another reason why this winner is particularly exciting, is because they used data provided by Open Images, and combined this with two new datasets from the Rijksmuseum and the Amsterdam Museum. As such, the Open Cultural Data network has once again proven to be of constructive impact.

With their app ‘10.000 scholen‘, or ‘10.000 schools’, the Silver was won by Mateo Mol, Jan Douwe Kooistra, Michiel van Hulst (FreshHeads), Robert Geenen (GSD) en Stephan Maat. With this app it becomes possible to look at and compare detailed information about all Dutch primary and secondary schools. By using such a first ever Dutch school search engine, parents as well as students can thus make a more informed decision about their school of choice. The data used in this app has been provided by the Dutch government, which receives regular reports from schools regarding their students, financial situation as well as updates for purposes of inspection.

Erik Romijn earned bronze with Sola, a tool that determines whether placing solar panels on your rooftop is profitable in The Netherlands. By placing your mobile phone on a rooftop the app calculates direction, efficiency, angle as well as cost. Moreover, the app considers how much energy would consequently be produced and whether there are any subsidies available.